Howes & Howes is located at 717 Indiana Ave in LaPorte, Indiana and proudly serves the legal interests of the residents of LaPorte (Michigan City and LaPorte), Porter (Valparaiso, Portage and Chesterton) and Starke (Knox, Hamlet, and North Judson) counties. The firm believes in an honest and upfront approach coupled with a steadfast commitment to the needs of the client. 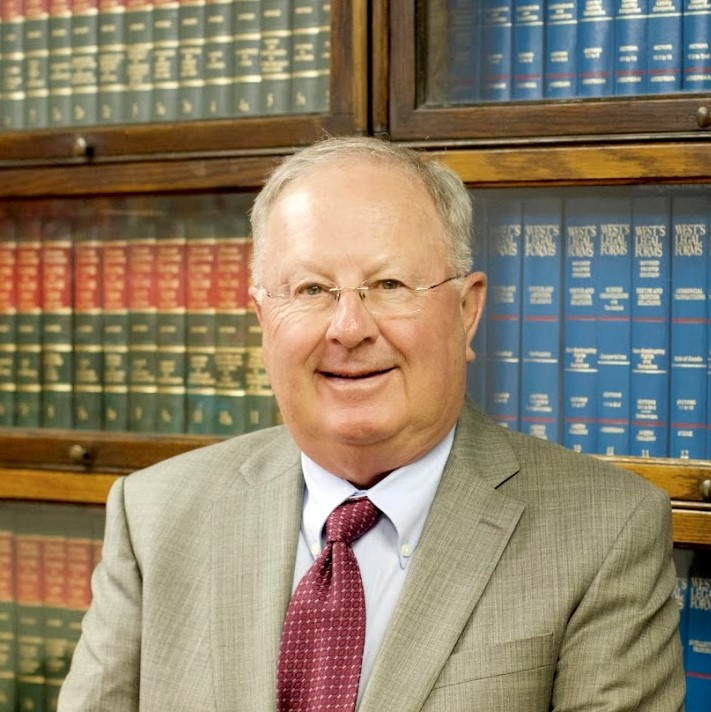 Ralph was born and raised in La Porte, Indiana graduating from La Porte High School in 1967. He graduated from Indiana University (Bloomington) in 1971 with a B.S. in Business Administration. Ralph received his Juris Doctorate Degree from Valparaiso University School of Law in 1974. He served in the United States Army Reserves from 1971 to 1979 where he reached the rank of Captain.Ralph served as a Deputy Prosecuting Attorney handling both misdemeanor and felony prosecutions for La Porte County from 1975 to 1986. He opened his private practice in 1979 as a solo practitioner and formed Howes & Howes, LLP with his son, Jonathan, in November 2001.Areas of practice included Real Estate, Zoning, Real Estate Development, Wills, Trusts, Estate Planning and Business Transactions.Ralph served as a member of the La Porte County Election Board from 1991 to 2016. He served a member of the Board of Directors for The La Porte Savings Bank from 2004 to 2017 where he held positions as Chairman of the Corporate Governance and Nominating Committee. While at the La Porte Savings Bank, he further served on the Audit Committee and sat on the Compensation Committee. Ralph has also served as a member of the Red Cross Board of Directors, the La Porte Hospital Foundation and various positions on Church Counsels and Boards of Trustees. He has been a member of the La Porte Lions Club since 1980. 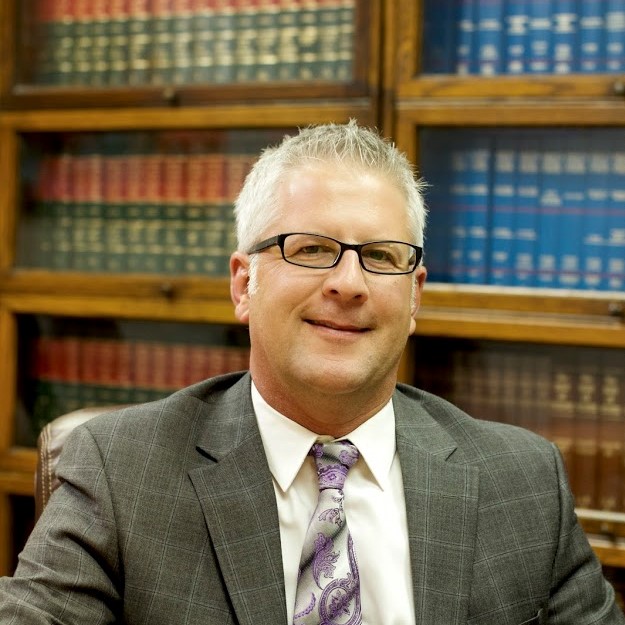 Jonathan was born and raised in La Porte, Indiana graduating from La Porte High School in 1993. He graduated from Indiana University (Bloomington) in 1997 with a B.A. while completing a double major in Political Science and History. Following college, he received an Internship with the Indiana State Government where he worked on various projects for the Indiana Department of Transportation. During law school, he clerked for the Honorable Robert W. Gilmore in the La Porte Circuit Court and was a member of the Valparaiso School of Law Criminal Defense Clinic. Jonathan graduated from Valparaiso University School of Law in 2001 with his Juris Doctorate and following his passage of the Indiana State Bar Exam in November 2001, formed Howes & Howes Law Firm with his father. Jonathan is admitted to practice in the Northern District Federal Court and the State of Indiana.Areas of practice include FAMILY LAW (specifically Dissolution of Marriage, Legal Separation, Child Paternity, Adoption, Child Custody, Child Support, Pre and Post Nuptials, Child Emancipation, Guardianships and Grandparent Visitation) and CRIMINAL DEFENSE (specifically Misdemeanor, Felony and Juvenile work including all traffic matters and Operating While Intoxicated OWI / DUI).Jonathan raises his two children with his wife, Renee, and is actively involved in the La Porte community volunteering his time in many areas. He serves on the Board of Directors for the La Porte City Park Foundation where he has served as President and Vice President. He also serves on the Board of Directors for the Legacy Hills Golf Club and is the current corporate secretary. He is a member of the La Porte County Bar Association. Jonathan previously served on the IU Health La Porte Physician Board of Directors and is a member of the Healthcare Foundation. He has previously served on the Board of Directors for Arts in the Park, a group which organizes free concerts for the community throughout the summer and raises art awareness. Jonathan is a recreational endurance athlete regularly competing in triathlons and long distance running events including finishing the Chicago Marathon in 2012 and 2015, Indianapolis Marathon in 2018, the Chicago Triathlon and seven Ironman 70.3 triathlons throughout the country. 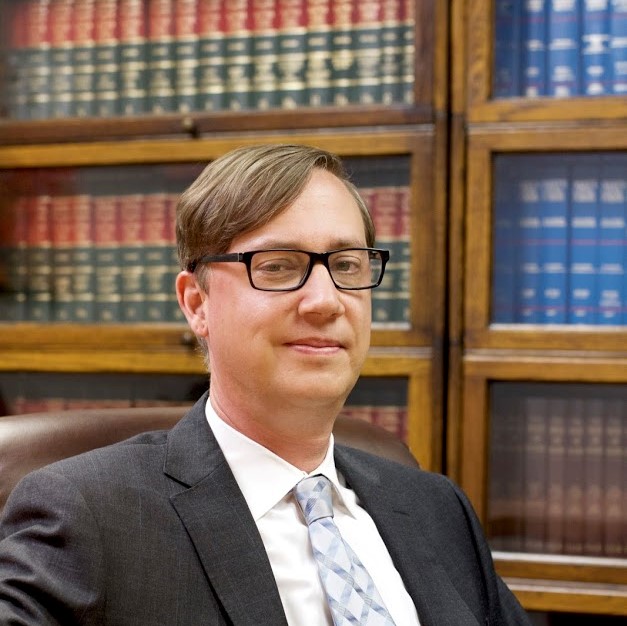 Attorney Shane B.C. Watson joined the Howes & Howes Law firm in 2012. His prior work history includes time as a solo practitioner and as an associate attorney with the Law Office of Hugo A. Bamberth until Mr. Bamberth’s retirement. He has also worked as an attorney with the United States Small Business Administration, was employed as an Appeals Analyst with a state run grant administrator, as well as Grant Director in the non-profit sector.Shane’s areas of practice primarily include: FAMILY LAW (Matrimonial Law, Divorce and Legal Separation, Child Custody, Child Paternity, Child Support, Emancipation, Parental Visitation and Grandparent Rights); PROBATE in the area of Guardianships; LANDLORD/TENANT LAW and CRIMINAL DEFENSE (in particular, Misdemeanor, Expungement, as well as all traffic matters, including Moving Violations and Operating While Intoxicated). Shane is also a registered Domestic Relations Mediator. Shane received his Juris Doctor from Valparaiso University School of Law in 2005 and his undergraduate degree with a double major in Political Science and Philosophy from Indiana University-Bloomington. He is licensed to practice law in Indiana, the Northern District of Indiana and enjoys membership in both the Indiana State Bar Association and La Porte County Bar Association. Shane serves on the Board of Directors for the Michigan City Mainstreet Association where he has served at the pleasure of the board, since 2016. 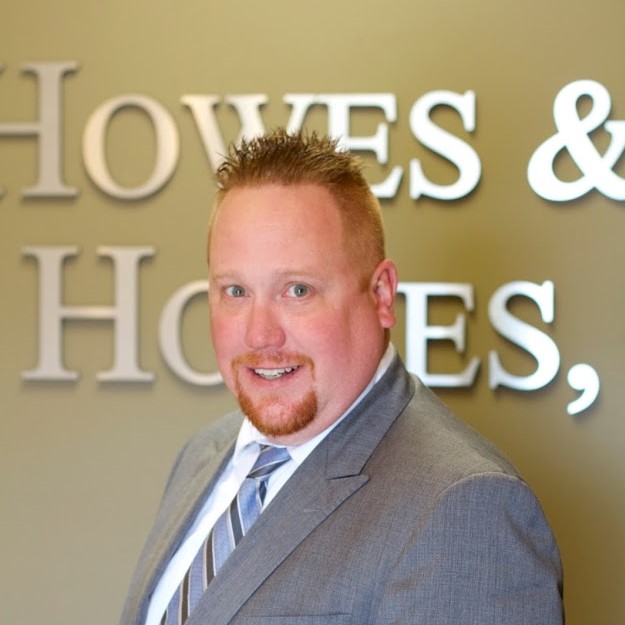 Andrew graduated from Valparaiso University School of Law in 2013. During law school he was a member of the Trial Advocacy team and member of the inaugural Valparaiso Immigration Clinic. In addition, Andrew clerked for the Honorable Judge Thomas J. Alevizos in the LaPorte Circuit Court from 2012-2013, and in 2011 for Judge Margaret L. Murphy in the Homer Trial Courts for the Third Judicial District in the State of Alaska. Prior to attending law school, Andrew received his Bachelor of Science degree (magna cum laude) in Criminal Justice with a minor in Spanish from Northern Arizona University in 1997.Andrew is licensed to practice law in the State of Indiana and in the United States District Court for the Northern District of Indiana. He is a member of the Indiana State Bar Association and the LaPorte County Bar Association…the latter of which he has served as Vice President from 2014 to present.Areas of practice include Civil Litigation, Personal Injury, Small Claims, Immigration Law, Bankruptcy, Real Estate, Estate Planning and Probate.Andrew was born overseas in Hong Kong and has lived in several states, including Minnesota, Arizona, Alaska, and Colorado. Some of his wide range of life experience includes working on the North Slope in Alaska, as a ranch hand in Colorado, and serving as general manager of multiple nightspots and restaurants in Arizona.